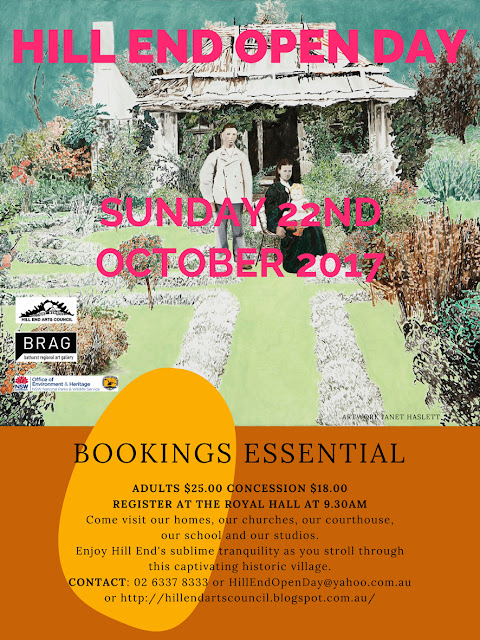 THE ART OF PRODUCTION 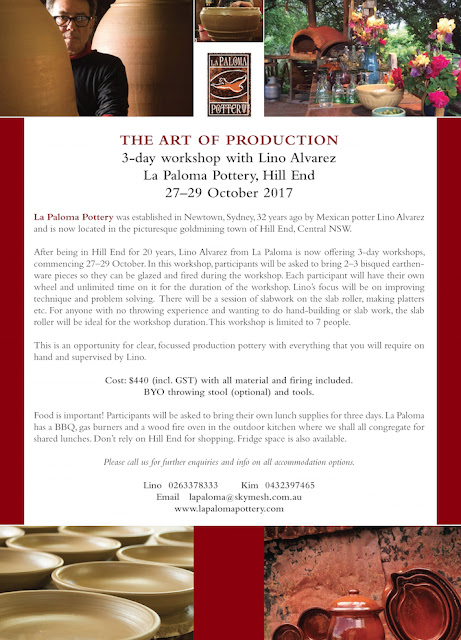 Posted by HILL END PRESS at 7:56 PM No comments:

Very excited to announce that Hill End sculptor Hui Selwood is a finalist in the prestigious Sculpture by the Sea at Bondi, NSW you can see his impressive steel and marble sculpture called Pentad,
but hurry last days this weekend.

Made at his studio in Hill End from steel and white marble, the 5 stacked cubes have a very strong presence in the landscape. Given the materials that Hui uses he successfully denies the idea of gravity in his sculpture and gives lightness and movement to dynamic formations in his work.

Hui has been selected as finalist in 3 major prestigious sculpture prizes this year, with Sculpture by the sea, Sculpture in the Garden at Mudgee and the Sawmillers Prize, Sydney. 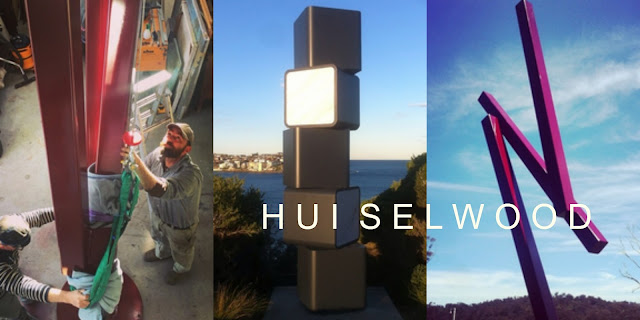 Marks sculpture titled 30.300-88/90 camouflaged into the park landscape, setting up an instant intrigue with the free form sculpture and the viewer. Upon discovering the morphing sculpture it became a curious, intriguing object to behold.

To view more of Mark Booths sculpture go to http://www.mark-booth.com/ 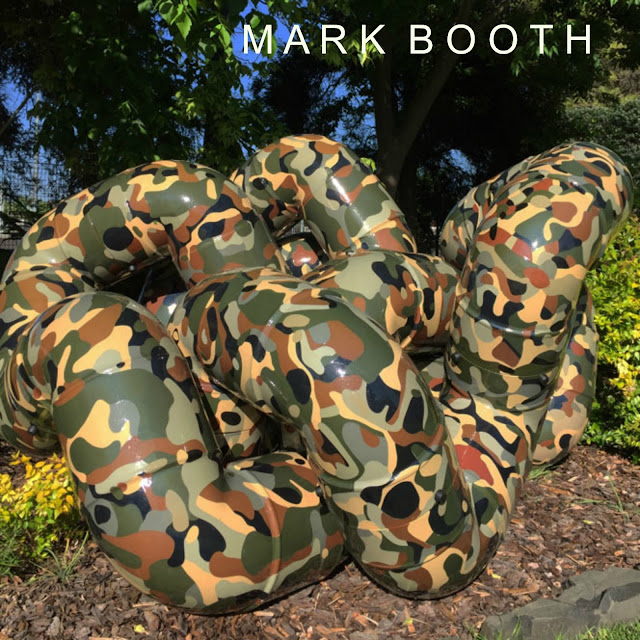 You can also see Mark on You Tube with this fascinating insight into his sculpture process.

You can read and see more about her work on www.genevievecarroll.hillendpress.com.au www.hillendpress.blogspot.com
Posted by HILL END PRESS at 12:14 AM No comments:

International Burlesque Queen Imogen Kelly is coming to Hill End - One night only performance in The Life and Times of Bernhardt Otto Holtermann. Book now. 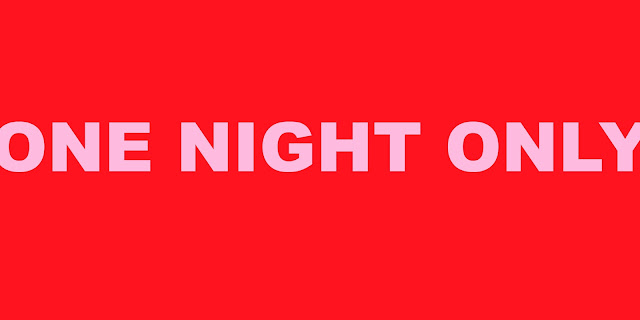 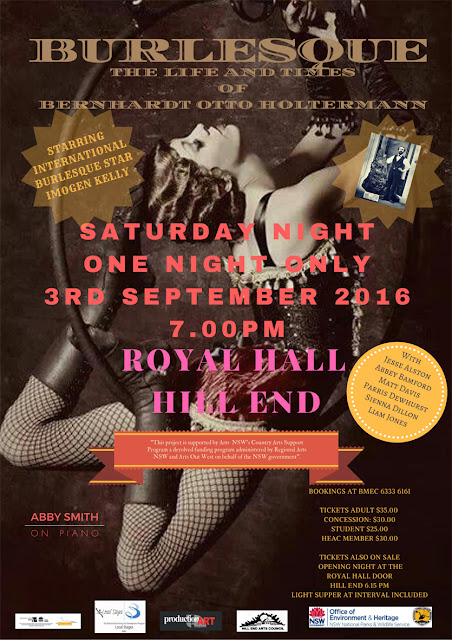 Hope you can come!
ONE NIGHT ONLY

BURLESQUE
The life and times of Bernhardt Otto Holtermann
(That man that found the largest goldest nugget in the world!)
starring International Burlesque Queen Imogen Kelly

Tickets will also be on sale opening night at the Royal Hall. 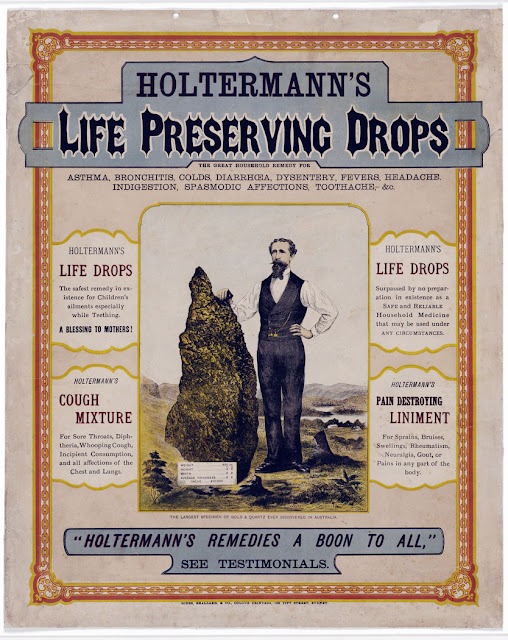 This event is proudly supported by 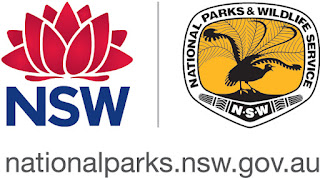 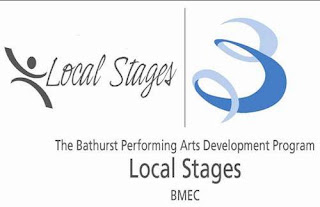 "I see Kate as a strong female figure of skill, adventure, love and spirit. At the same time, like all of us, she was flawed, complicated and probably misunderstood". Rebecca Wilson, 2015

Kate Kelly (1863 - 1898) was a younger sister of Ned Kelly, the notorious bushranger.
With support from campaigners for the abolition of capital punishment, she approached the Governor of Victoria to plead with him to spare Ned's life. As a folkloric icon, Kate Kelly has appeared as a character in films, novels and was the subject of a song by the pop group the Whitlams.

Kate's life was filled with tragedy, overtaken by exceptional events. She married William "Bricky" Foster in Forbes when she was pregnant with their first child. An excellent horsewoman, she rode as a decoy for the Kelly gang and was known for delivering supplies and ammunition when the gang was hiding - out. She even once took a bullet, according to "Bricky's relatives. She became a celebrity after her infamous brother Ned Kelly was hanged in Melbourne Gaol in 1880.

After the Kelly gang's demise, Kate tavelled widely with her older brother Jim, performing on horseback and exhibiting weapons and other Kelly memorabilia, until she moved to Cadow Station near Forbes to escape the limelight. Kate's life ended abruptly at the age of 36. She was found dead, possibly through suicide,  in Forbes Lake about a week after she had been reported missing. Kate's surviving brother Jim collected her three remaining children (three others had died) and "Ma Kelly" (Ellen) then raised her grandchildren at Eleven Mile Creek.

Artist Rebecca Wilson grew up in Forbes, where Kate Kelly spent the final years of her life and it was Rebecca's relatives who gave Kate Kelly, then known under the alias Ada Hennessey, her first job as a domestic servant at Cadow Station.

Ms Wilson is a famous descendant of the pioneering couple Pierce and Mary Collits, who founded the heritage listed Collits Inn at Hartley Vale at the western edge of the Blue Mountains. It is well known that Pierce collits, who had been transported to Port Jackson from London in 1801 for receiving stolen goods, had many connections with bushrangers in his days running the Inn. It is likely that the Collits' and their descendants had closer dealings with the Kelly gang than is fully recorded.

As part of a long-term project, Wilson has researched the life and times of Kate Kelly for many years. She has fond memories of late uncle telling her stories of how lovely Kate was, in tales that had been passed down to him by relatives. The local lore holds that Kate was an extraordinary woman who found herself in extraordinary circumstances. In her ongoing series of paintings, Wilson has felt compelled to provide a personal view of Kate's life and how it intertwines with her own family history.

To hear more on this extraordinary story of Kate Kelly, go to
You Tube interview with Rebecca Wilson on Channel Studio 10
Hidden history of the Kelly Gang. 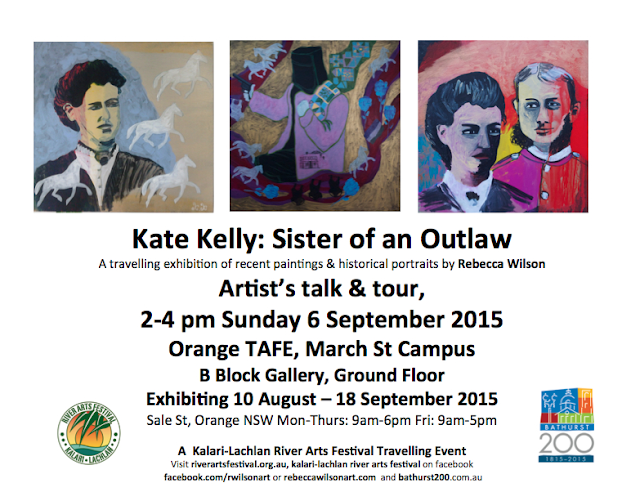 Posted by HILL END PRESS at 4:07 PM No comments:

Hill End bursting with finalists in art prizes this month!

HILL END is delivering snow, ice and rain,
but between all these ephemeral elements this month, it's delivering something very special, we are very excited to announce the news.

This month we have 3 artists that are finalists in the Archibald and Wynne Prize at the NSW Art Gallery & 2 artists in the Blake Touring Prize, all prestigious Australian art prizes. 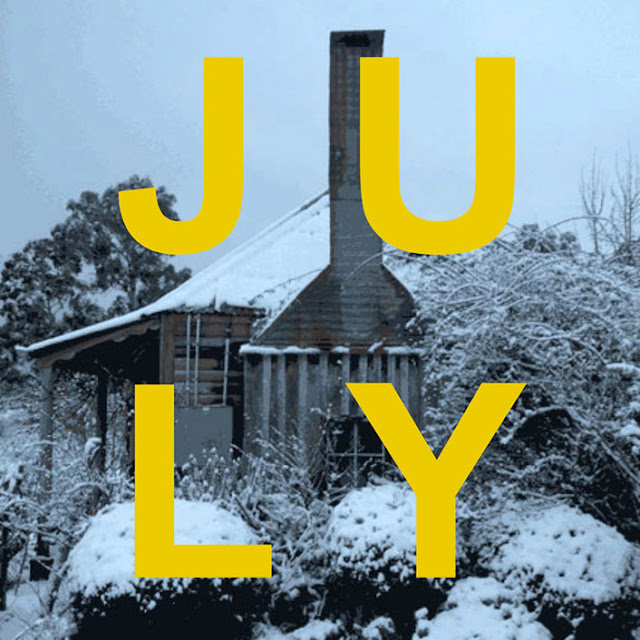 They are Danelle Bergstrom of Arthouse Gallery with her portrait of artist Guy Warren. 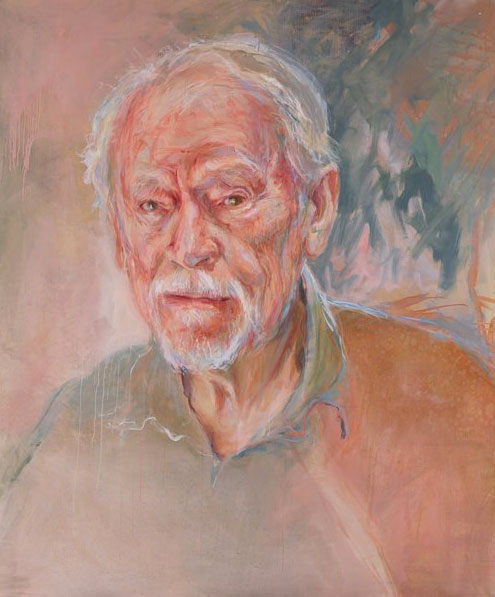 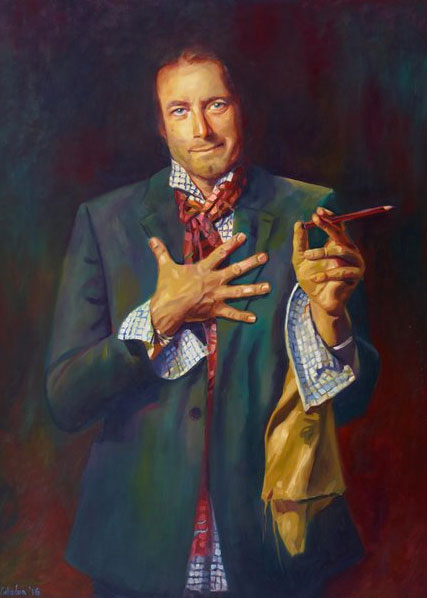 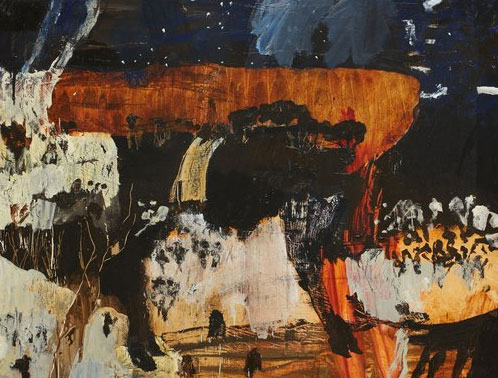 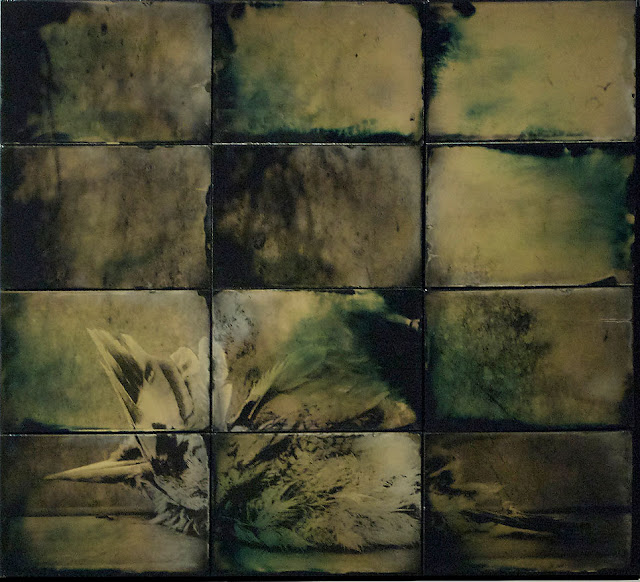 A big congratulations to you all.
Posted by HILL END PRESS at 1:10 AM No comments: 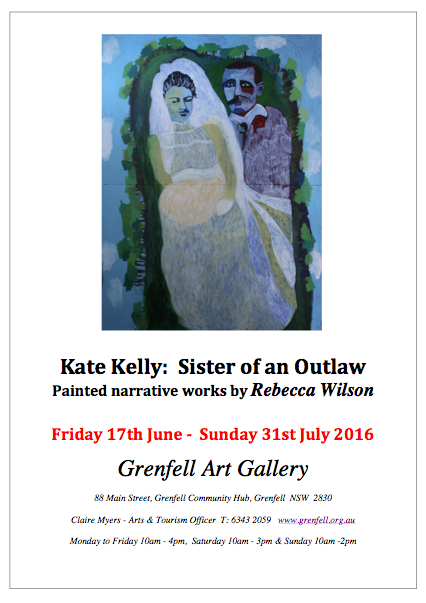 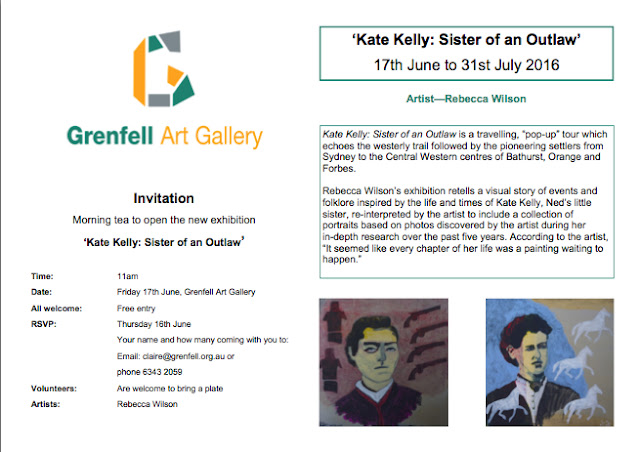 Posted by HILL END PRESS at 6:48 PM No comments: 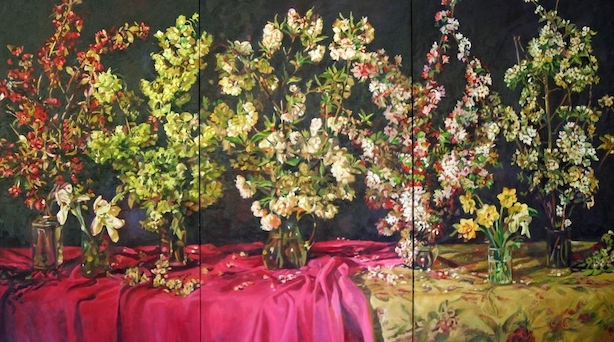 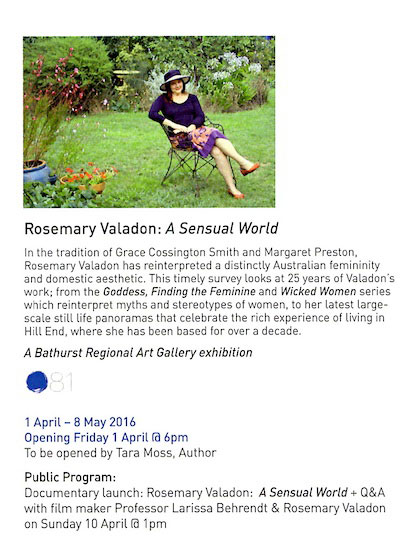 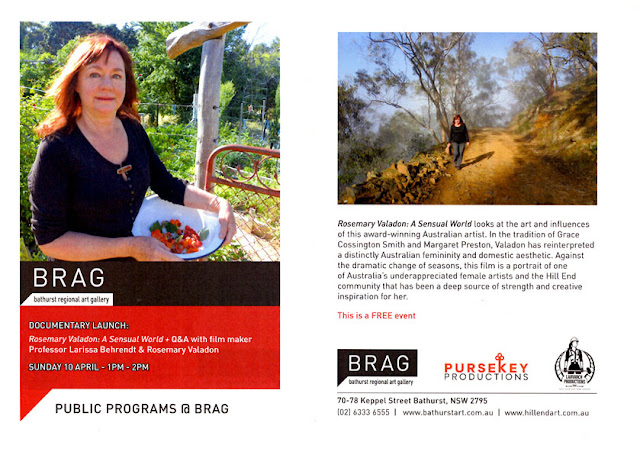 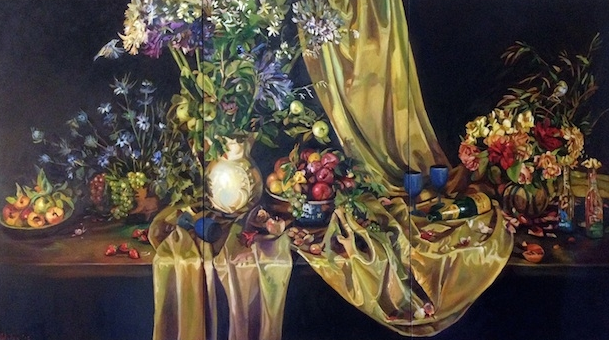 To see more of Rosemary's extraordinary painting
go to
http://www.rosemaryvaladon.com.au/

Posted by HILL END PRESS at 8:55 PM No comments: